Read In Your Language 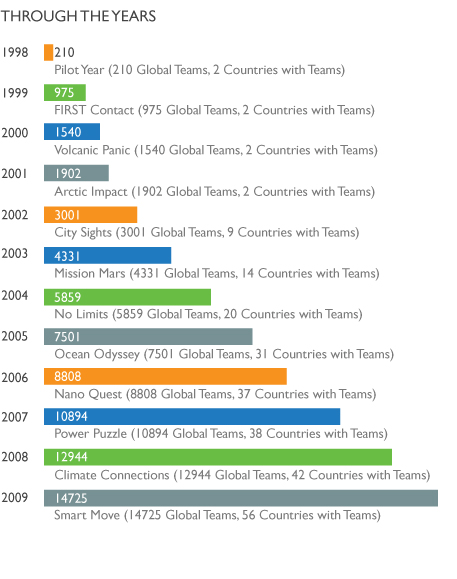 Over 140,000 children are participating in this year’s FIRST Lego League (FLL) tournament, comprising 14,725 teams from 56 countries. That’s almost a 14% growth over last year’s participation, as the chart on the FLL site shows.

Starting from the pilot tournament in 1998 in which 210 teams from 2 countries participated, FLL has grown steadily across the globe, and is now widely acknowledged as one of the best competitions to introduce kids to science and technology and motivate them.